Coal and water use

Over one third of the water supply from the proposed Urannah dam is earmarked for the coal mining industry in the Bowen region, including expansion of existing mines, development of new coal mines, and washing coal at Adani’s Abbot Point. Urannah has also been linked to the expansion of coal in the Galilee Basin.

Glencore’s proposed Valeria mine in the state’s Bowen Basin coal heartland will produce around 20 million tons a year of thermal and metallurgical coal, equal to about 4% of the nation’s output. That’s double the size of Adani’s controversial Carmichael project. (2)

The latest 2019 ‘Preliminary Business Case’ for the proposed Urannah Dam highlights that the proposed dam would be located to support large scale industries within the region, listing first the ‘Bowen Basin coal instruct and rail infrastructure’ along with the coal port at Abbot Point, and the ‘future industrial opportunity that is the Abbot Point State Development Area’. (32) ‘Supporting regional mining expansion’ is listed as the first of the opportunities for the water allocation. (4)

The Preliminary Business Case details potential water demand from the proposed dam, with over a third earmarked for current and expanded coal mining:

The supplementary “Urannah Water Scheme Project, Bowen Basin Water Demand Study” focuses on water demand from the coal mining industry first and foremost. The report states that within the proposed scheme distribution area there are 30 active coal mines, and 57 proposed coal mining projects, with a total water demand of 60,900 ML. The states that there is a shortfall of 32,480-44,000ML per annum needed to supply the Bowen Basin coal industry.

Bowen Collinsville Enterprise (BCE), who are leading the feasibility studies, clearly state that future coal development in the Bowen Basin is constrained by lack of water supply. (5)

Urannah Dam has also been linked to the expansion of coal mining in the Galilee Basin. The BCE water projects coordinator, David Evans, has said “Urannah would be a multi-mix usage operation, servicing the mining industry, both in the northern end of the Bowen basin, Moranbah, potentially the Galilee Basin if it goes ahead”. (6)

Minister Canavan, who has been a proponent of the project, has also said regarding mining in the Galilee “If there is further expansion out the Galilee, there most likely would be the need for outside sources and that could come from a range of areas. That’s something that this study will look at in terms of say for Urannah”. (7)

“Urannah would be a multi-mix usage operation, servicing the mining industry, both in the northern end of the Bowen basin, Moranbah, potentially the Galilee Basin if it goes ahead, water also for expanded baseload power generation and the 30,000 hectares [for agriculture] at Collinsville.”

“This project is about growing the mining sector, the Bowen Basin and the Galilee Basin, because mining creates jobs. This project backs in in our strengths as a region, it backs in mining, and it backs in farming, because that’s where the jobs are.” 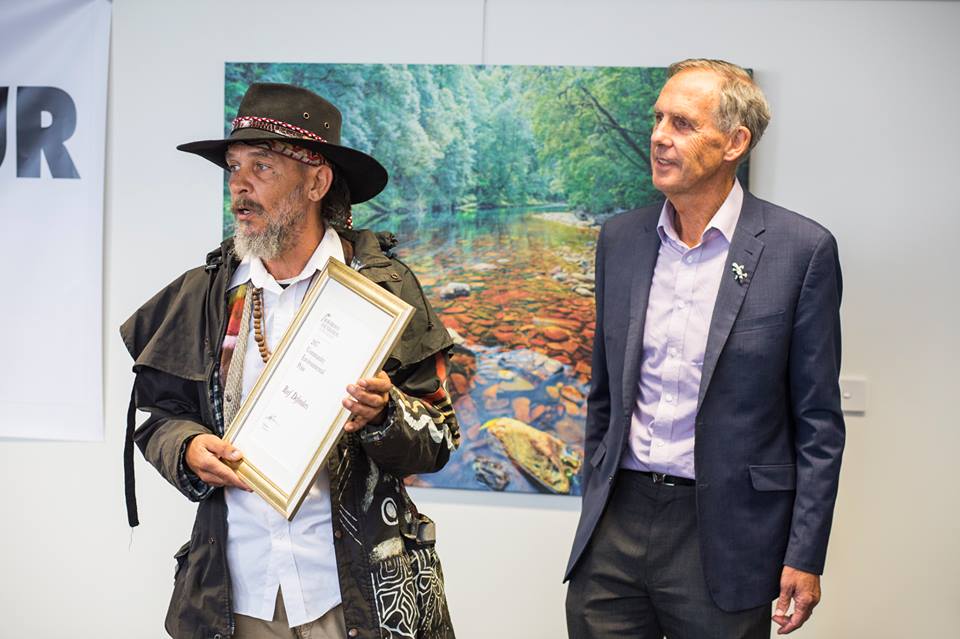 Ken Peters Dodd, descendent Biri and Wiri people, receiving an award from the Bob Brown Foundation for the Reef Defender campaign against the Adani coal and railway development. 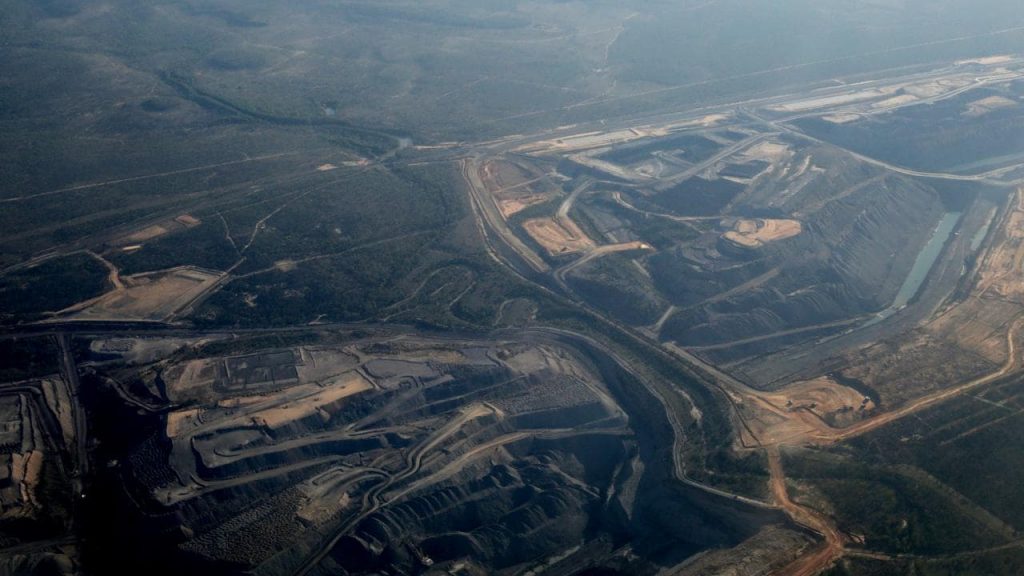 Coal mining in the Bown Basin 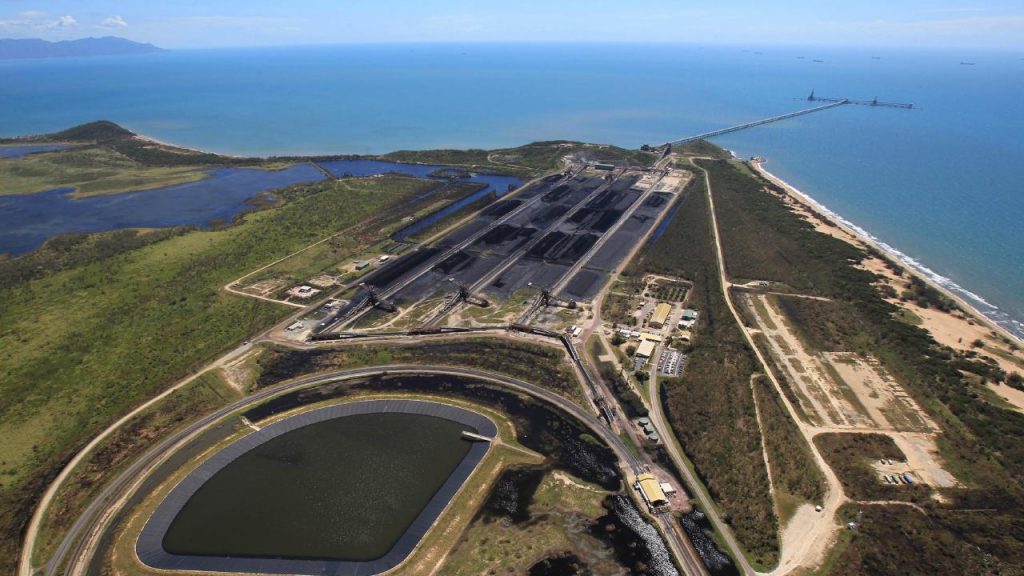 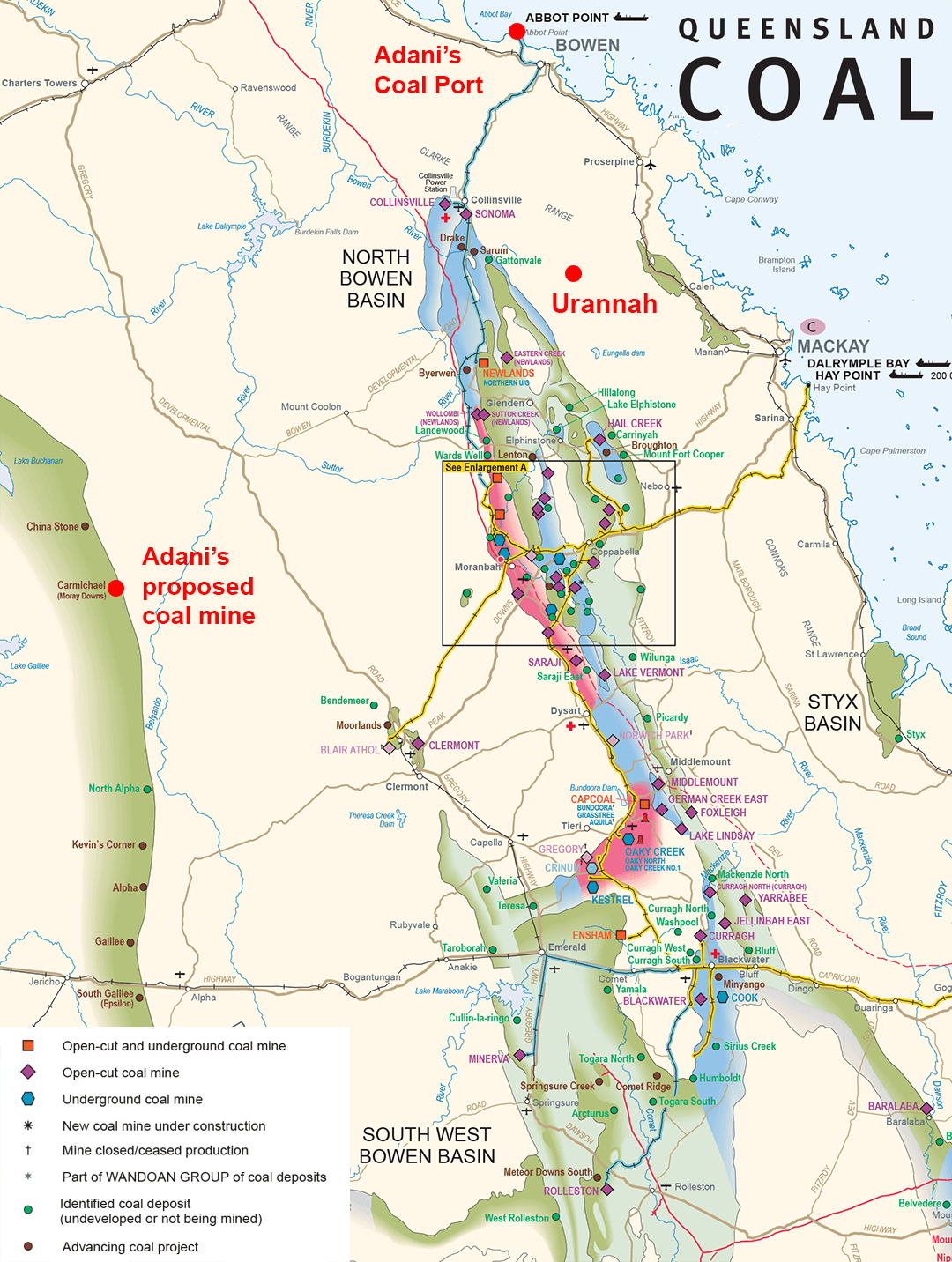 View the full map of Queensland Coal (20MB PDF) Published by the Department of Natural Resources and Mines, Queensland. January 2017